How to connect to a MySQL database using an SSH Tunnel 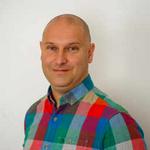 Updated 3 months ago by Mark West

Connections to MySQL servers over port 3306 are not encrypted, and so this presents a real security risk. Indeed, some credit card processors will not provide user accounts to websites that are hosted on servers that allow unencrypted connections on port 3306.

This article will describe the steps required in order to connect securely to MySQL server using an SSH Tunnel. This is an advanced topic and assumes that you have some experience of connecting remotely to MySQL servers, TCP/IP, and SSH.

If you are using a Mac, don't worry - you already have everything you need.

What we are trying to achieve

SSH (Secure SHell) is a secure method of connecting to another computer. You may know that SSH allows secure terminal sessions and secure FTP (SFTP) connections, but it can also be used in other ways. An SSH connection can also serve as a secure Tunnel, through which other data can be securely exchanged.

Like any tunnel, it has two ends. In the case of an SSH Tunnel we specify a Port at each end. In the case of MySQL the port at the server end would be 3306 (the standard port for MySQL). At the client end, it could be anything you like, but in this article we will stick with 3306 also (if you are running another MySQL server locally, you might want to change the port to another number).

The easiest way is by example. Open the Terminal application (using Spotlight, or go find it in Applications/Utilities). Then run the following command.

For example, if your Home Server was hestia.krystal.co.uk and your cPanel username was krystald then the command would be

When you hit return, you will be asked for your password (unless you have setup SSH keys on your Mac - link opens in a new window) - just enter your password and hit return - the terminal won't do anything else, so just minimise/hide the window.

That's it! You can now connect to MySQL from your local computer using 127.0.0.1 (some GUIs will connect using localhost or 127.0.0.1) as the server name on port 3306 and you will be connected securely (via the tunnel, to the server). If you wanted the connection to be permanent until you next log out, then add the -f switch:

Note : It is important that you do not have an existing instance of MySQL listening on port 3306. Either stop it before running the tunnel above, or, change your connection command to something like:

This will present the local end of the tunnel on your computer on port 3333 instead.

You'll need to use PuTTY to create the SSH tunnel and we have separate guide that details how to Install and setup PuTTY.

Once you've got PuTTY installed come back here to continue the configuration for remote MySQL access.

How did we do?